Bastardo Sports was formed in 2017 by former Apprentice candidate Carlton Francis. Ever since promising to prove Lord Sugar wrong on his sad, lonely taxi journey back after getting fired in the boardroom Carlton has been on the lookout for new business opportunities.

And one spring afternoon he found it.

At 2 o'clock one bright but blustery day, he found a group of youths vomiting over the Streatham War Memorial. Carlton explains, "They were football fans. They supported a local non-league side I hadn't even heard of, Streatham Rovers. The match was an hour away from kickoff but they were already drunk... completely smashed to tell you the truth. I looked at them, dressed head to toe in self-made Greyhound Ultras merchandise, bags full of banners and flags. I looked at these guys, the effort and the sheer abandon they were pouring into this unfashionable football team and I thought to myself: I'll have some of that."Carlton goes further, "One of them, face down on the concrete, swiveled his eyes up at me - a flash of anger, like a startled bird of prey... [interview interjection] ...oh I dunno, like it's about to be hit by a Chinese lantern or something? Anyways, he growls the word 'bastardo' at me. And I thought YES! That's what I'm going to call my store."

Carlton furrows his brow. "There was no-one in the market, nobody specialising in non-league merchandise. It was there for the taking. There were problems. A lot of the clubs completely refused to let an outside company sell merch for them because their entire operations were money-laundering fronts for organised crime. I eventually managed to get deals with a few clubs where there seemed to be less chance of having my legs broken. Anyways, that's how we got the strapline, 'This is not a money-laundering front'. It's unique, it's creative, it's fun, it's very now."

Carlton's thoughts turn to weightier subjects. "I'll tell you what I can't get my head round - Brexit. What's going on? It's going to be a complete disaster. Already we've seen our replica football shirts costs increase. I mean, that was largely because the Inland Revenue have forced us to start paying VAT, but would they be in such a panic to do that if Jeremy Corbyn wasn't on the verge of becoming prime minister? It's complete madness." 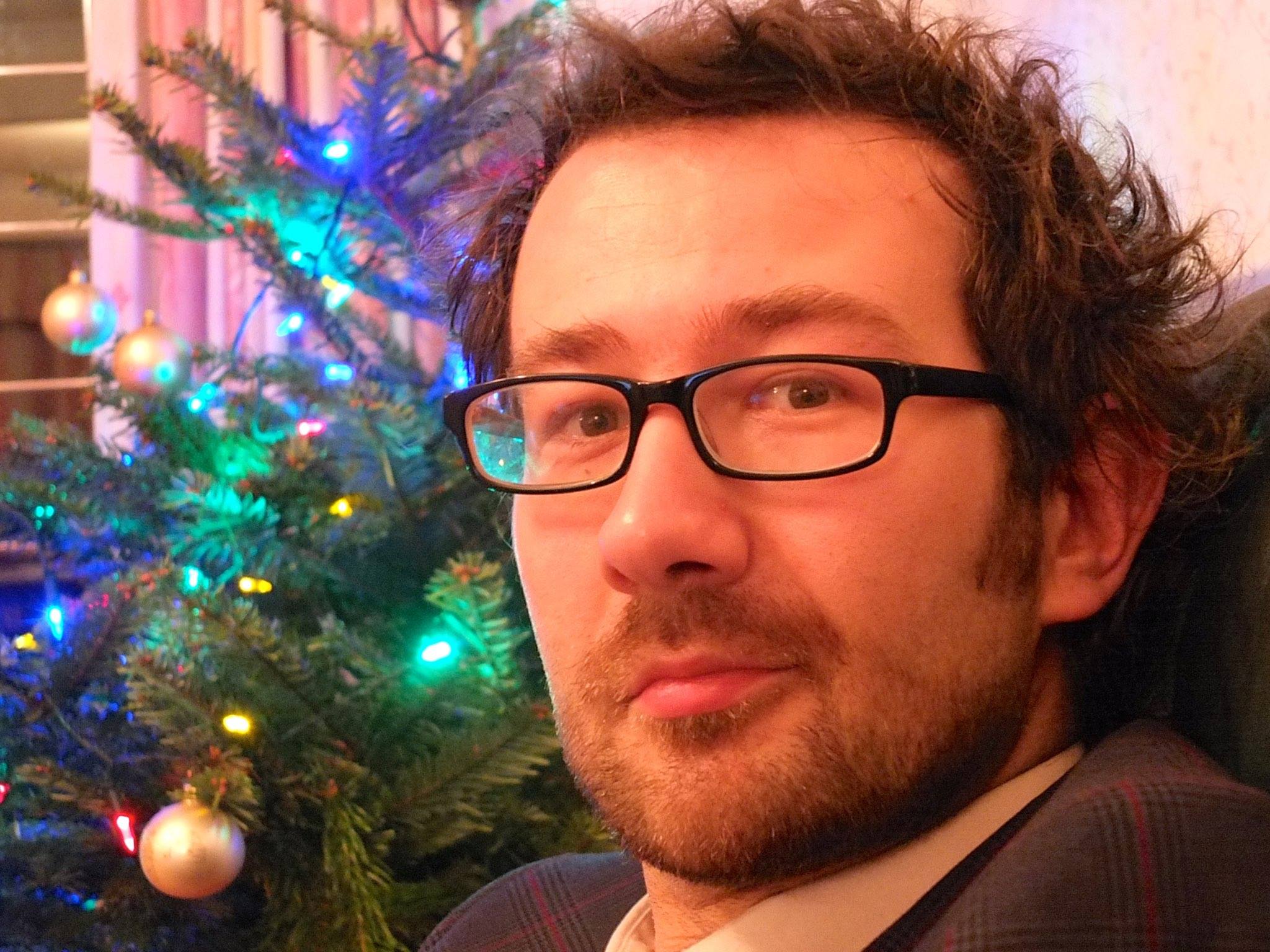 Carlton spending Christmas with his family (just out of shot)